Appendix 1 displays the ten cancers with the largest number of new cases diagnosed and cancer deaths by gender in 2018.

Appendix 2 displays the relative frequency of the five most common cancers by gender and age groups in 2018. 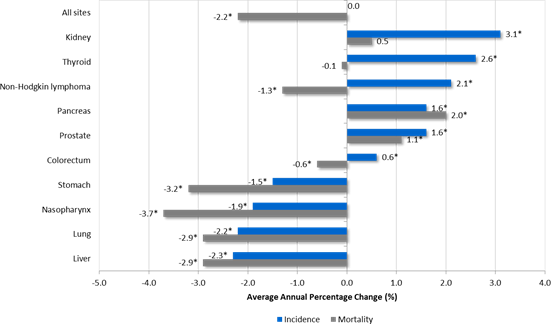 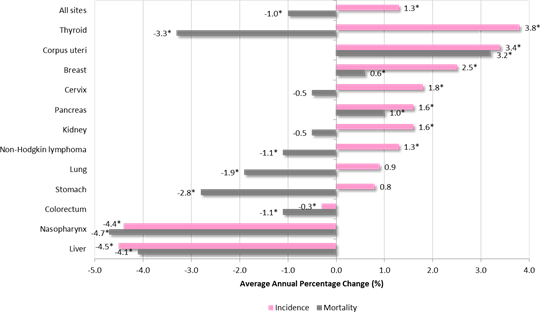 Appendix 2: Five Most Common Cancers by Gender and Age Group in 2018

Note on the use of data:

The numbers of new cases and deaths are important parameters to measure the burden of cancer on local healthcare system. One should keep in mind that the figures are subject to random fluctuations from year to year. Experience tells us that a more reliable comment on the trends of incidence and mortality can only be made after observing over a longer period of preferably at least 5 years or more.